The Mystery of Energy

The Mystery of Energy 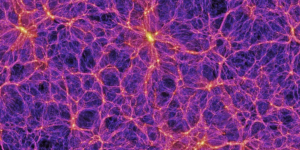 The study of energy in its myriad physical forms has long fascinated people the world over. For an aspirant however, there is a more profound philosophical insight into energy that must be gained on the spiritual path to liberation.

While a materialist view of the universe has dominated the scientific paradigm over the past few centuries, as modern science is now beginning to reveal, the world is not material in nature. Of course, if you study the work of many great scientists including Einstein, you will see that for some of these men, there existed a faith in God; they knew that there was much more to the universe than the narrow range of research had revealed. This is not the majority view however, as most scientists consider the world to be the only reality and completely material in nature. Questions about the mind, the soul, or God, would thus be conceptualized solely on the basis of matter.

The first step in such a process would be to postulate that the brain somehow secretes the mind. Matter goes on to compose your body, with the finest form composing your brain. According to the materialist view, self-awareness and intelligence are simply be the end result of chemical impulses. Mentation is similarly hypothesized to be a brain secretion, and out of the secretion would come the mental images of God, concepts like destiny, and a great many other things. To a materialist, talk about God and religion is just a matter of convenience, mere consolation.

Understanding this requires profound reflection. When we speak of God we mean the innermost consciousness. In Sanskrit the term is Chaitanya or Chit, which means pure consciousness. Pure consciousness is the source of this whole creation. It is energy that is supreme, infinite, unobstructed, unsupported, beyond imagination. It is God, the Self, the Innermost Consciousness in every individual. It is the “I Am” of the Bible and of the Upanishads; it is the real “I Am” in you.

If you are wondering how this can be, turn to your experience in dream, for instance. You lie down on your bed and get comfortable – and then all of a sudden, with the twinkling of an eye, your consciousness projects a vast world with its own time, space, and matter. In the waking world, if you had to build a house or even just carpet a single room, it would take a great deal of work. There would be many ups and downs, and lots of commotion. But by the miraculous power of your consciousness however, a complete world is effortlessly projected within the twinkling of an eye.

This gives you an indication of how much greater the power of God is. God is unconditioned consciousness, but as an individual however, you are conditioned consciousness. You are the same as God essentially, but because of mental limitation, your consciousness is conditioned. You are not aware that the Self is your essence, your true identity. And limited by that false identity that you have developed, you continue to create karmas that bind you to the world process.

The Three Aspects of Energy

We speak of energy in three planes. The first of these is at the physical level. If you need to lift bricks, you cannot lift them by prayer, you must lift them with your muscles. If you sit down in front of a brick and pray, “Thou, O Lord, Who hast parted the Red Sea, Who hast performed great miracles, move this heavy brick for me!” Try as you might, you’ll find such prayers ineffective.

The energy that is needed to operate in the world – to sustain the practical realities of life – this energy is called Kriya Shakti. This literally means “energy of action” in Sanskrit. It is energy related to the physical body, material world, and the vital forces. You continue to do work as long as there exists vitality in your body. So, both Pranic energy and energy expressing itself in the world come under the heading of Kriya Shakti.

The second stage of energy is called Iccha Shakti. It is psychic energy – the energy of the mind, the energy behind your feeling and thinking. This energy is different from physical energy as problems resolved by your mind cannot be resolved by physical means. Let’s say for example, that you are angry about a particular development. If you started beating up on things around you to drive away the anger, you would be attempting to physically solve a problem whose solution belonged to the mental plane. The problem will likely become more exaggerated as pounding at it will only make you exhausted and the problem will still lurk within your mind. It’s as if you saw cobwebs up on the ceiling but just confined your sweeping to the floor. No matter how enthusiastically you swept the floor, the cobwebs up in the ceiling will remain untouched.

Similarly, no matter how hard you may work to build your muscles, psychological problems that plague your mind will continue to exist, and these need to be treated differently. For example, consider a young man who develops an inferiority complex. To compensate for it, his mind says, “I’ll lift weights to build up my muscles and people will see my awesome presence and know who I am.” Even if he did succeed in developing a muscular physique, he would soon realize that the root of his inferiority problem had not been resolved.

The highest energy, or Jnana Shakti, operates through your reason and understanding. If you develop this power, you will attain Enlightenment.

Although we may speak of these three forms of energy as if separate, they are really interrelated, operating all the time in everyone. Intellectually, you catch a certain idea that may be positive or negative. Impelled by what you grasp intellectually, you exercise your mental will. Thus, a little Jnana Shakti set in motion Iccha Shakti, the mental process. Iccha Shakti then sets in motion Kriya Shakti, the vital energy operating in the physical world as the mental will now manifests as an action in the physical world. This process goes on continuously in every individual, and it is a profound study unto itself.

According to Kundalini yoga, these three energies are located at certain mystic centers along the spine. Kriya Shakti is located at the lower three centers from Muladhar to Manipur (from the base of the spine to the navel center). If your Kundalini is operating in that region then you are interested only in your muscles. If at any time you should have a problem you will look to your muscles to solve it. This is because you have no other understanding of energy. 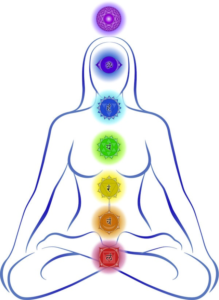 But the moment Kundalini operates from the navel to the throat center however, you become aware of another type of energy – the energy of compassion, love, and good feelings. You then realize that there is much more power to be tapped in this aspect of energy. Even though you may be physically weak, you were able to accomplish many things through your mental energy. And when Kundalini begins to operate from the throat center to Sahasrar, or the crown of the head, Jnana Shakti manifests. When knowledge manifests, it’s operation is very simple – just like striking a match – it removes darkness in an instant.

The energy of knowledge is within you, too. If you unfold that energy, it is as simple as striking a match – ignorance that had settled in your soul for countless lives is immediately removed. This energy enables you to realize “I am one with Brahman!”

When you understand how to do something, you do it with great ease and spontaneity – you know what you’re doing. Understanding however, cannot be induced by tonics. One who lacks the energy of knowledge cannot simply go to a doctor and request a particular tonic or injection to promote right understanding. What you need is a completely different manner of treatment for cultivating energy. If you go to Satsanga, pursue yogic disciplines, and follow the path outlined by yogic ethics with precision and perseverance, you beginning to develop that power. Even though physically you may not be very strong, you develop intellectual power – not power that makes you an intellectual, but power that makes you intuitive; and finally, you develop a pure intellect.

In Indian mysticism, Kriya Shakti is presided over by Goddess Durga. Goddess Lakshmi who is the giver of prosperity, presides over Iccha Shakti. And finally, Goddess Saraswati presides over Jnana Shakti which enables you to attain enlightenment. As you promote Jnana Shakti you develop strong will power and your Iccha Shakti becomes more integrated and disciplined. Similarly, your Kriya Shakti, the energy to operate in day-to-day life, becomes well regulated by the hand of the Divine Mother operating within you. 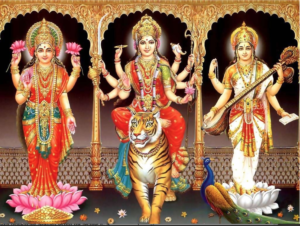 Thus, I have given you a plan for the study of energy. The energy within you is boundless. If you lack physical energy at a particular moment, relax your mind and introspect, and how to revive yourself and make your physical body work with greater vitality will be made known. This all becomes increasingly possible as you advance in being able to handle your psychic energy. The roots of the body lie in your mind. The roots of the mind lie in the plane of the intellect and finally in the plane of Spirit, the Self.

Keeping this plan in mind, you must continue to develop insight into the highest form of energy until you discover, “I am the Power of Powers! I am essentially the Divine Self, the embodiment of infinite power!”

When the mighty power of Spirit within you is revealed, there is no room for grief or fear. It is this power of the drives away fear, hatred, anger, greed, all in an instant. Just as a match effaces darkness, strike the match of spiritual energy and all limitations vanish!