The Mystic Potentiality of The Soul

The Mystic Potentiality of The Soul 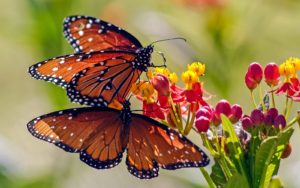 The capacities and potentiality of the soul are beyond human imagination. The soul within you has been moving from one incarnation to another, weaving the web of karma, and its potential is boundless.

The soul endlessly creates embodiments of an infinite variety and can incarnate as an animal, as a plant, or as a human being. Even within the human plane, the soul can express itself as infinite personalities from an ordinary, materialistic person, to  a great man with profound purpose in life – a saint, a sage, or a liberated being.  With the unlimited and endless possibilities, it’s important for an aspirant to cultivate insight into awakening the mystic potentiality of the soul.

In the Ramayana, Rama’s monkey army was  confronted with the project of crossing the ocean to get to Lanka to rescue Sita. In despair, each of the great heroes of the army began to express his doubts about his capacity to accomplish the task. One said that he could jump into the ocean, but he could swim only halfway. Another said he could swim only three quarters of the way. Yet another thought he could jump across the ocean, but would not then be able to come back. No one felt qualified to undertake the necessary task.

Seeing this, Jambavan looked at Hanuman who had been quietly sitting all this time. He said, “O Hanuman, don’t you remember how many great things you have done? You have the possibility to cross this ocean – and to do even more amazing things!” When Hanuman heard this, the recollection of his enormous strength entered his heart and he began to remember the innate power he possessed, and also how to express it.

Much like the monkey army, every soul is seated by the ocean of the world process and the task before it is to jump across. However, it is weaving of the web of karma that obstructs the movement.

Every soul draws from the cosmic matter different situations and circumstances. Cosmic matter, which is known as Prakriti, is the magical power of Brahman, and is also known as Maya. That Prakriti is the fertile soil from which every soul draws what is needed for its evolution, based upon its karma. The process is very similar to how seeds draw different nutrients from the earth in order to germinate and grow. 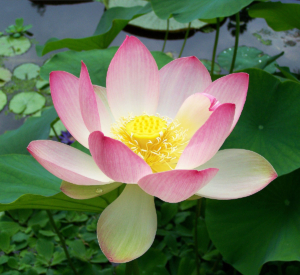 Just as the same earth can produce many things, the same cosmic matter can produce personalities operating in different time-space systems. Seen from a profound and transcendental point of view, the world of matter that expresses before every individual is like a dream; a dream within a dream; or even as one dream follows another.

Similarly, every individual brings out in the world of time and space only a fragment from the vast resources of Universal Matter. As long as one does not have proper direction, guidance, and spiritual insight, the process continues. In each embodiment one becomes so involved than one does not realize how much there is yet to be explored. A mango is satisfied with its own branches and its own fruits. There is no awareness that there are giant trees, wonderful creepers, and blossoming flowers – all are simply satisfied with themselves.

Human personalities tend to operate much in the same way and we often become satisfied while enclosed within our own concepts and limitations. It’s common for masses to maintain erroneous notions like “I belong to a great nationality; I belong to a great family; or I belong to a great era in history.” Due to ignorance, these concepts serve to entrap one’s mind. Moreover, as long as one remains dominated by such concepts, he’s like a tiny seed drawing only a spec from the Universal Matter. This is limitation – there is birth and death.

When one begins to look into the Seed of all seeds, into the Root of all roots – into Brahman – the Divine Self however, then one moves to attain liberation. Brahman encompasses Prakriti entirely, enfolds, and ultimately transcends it. Brahman is the only Seed, speaking figuratively, that draws upon the entire resource of cosmic matter and ultimately goes beyond it.

Therefore, the project before the individual is to allow the mind to work in a Sattvic plane, where there is more harmony and peace. As you cultivate the virtues of selflessness and humility, as you do good to others and allow your heart to be filled with goodness, you are generating positive impressions. When you meditate, attend satsanga, and study scriptures, you are also creating positive impressions. As the cloud of your mind becomes less dense there will be moments when you begin to touch upon the Seed of all seeds, the Root of all roots – the Divine Self. The moment you touch upon the Self, you realize that you are not just a mango or an onion,but you are ALL! All the trees! All the flowers! All the personalities! You are the entire universe because you are Brahman – the reality behind all that is!