The Virtue of Self-Reliance

The Virtue of Self-Reliance 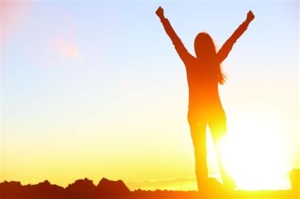 For all those who seek happiness, peace, and success in this world, self-reliance is the key to all attainments. There is a little parable from the Mahabharata that gives insight into this great virtue:

There was once a farm in which water had collected, forming a shallow pond in the field, and that little pool of water was linked to a bigger reservoir of water. Soon fish began to live in that shallow pond and they thrived. One day the farmer told the youngest of his three sons to go and empty that water from the field. When the fish overheard this, they went to their leader fish who had a big blunt mouth and very sharp eyes, and asked him what should be done? The leader replied, “Do not worry for the farmer is instructing his son, who is very lazy. He won’t do it. We have nothing to be concerned with.”

The next day the farmer gave the same instruction to his second son, and the following day to the third son, but just like the first, they all ignored it. Finally he said, “I am going to do it myself tomorrow.” The moment the head fish heard this, he said, “Now we’ve heard a warning sound! Let us flee from here to the bigger body of water. Since the farmer himself wants to work at it, it will be done!”

The idea conveyed by this parable is that when any project is done by yourself, without depending upon others, then you have confidence and security that it will be accomplished; when you depend upon others however, such security is diminished.

This art of self-reliance has to be developed from childhood. People generally have a strange idea of a successful life. They often teach their children to be lazy and to become dependent, but this should not be so. You should teach them how to take care of their clothes, their shoes, their room and other responsibilities. When food is needed they should be able to prepare a meal. When there is a need to pack up things, they should know how to do that well. Parents should never have the idea, “Why should my child act like a servant when I have money enough to employ servants?” People who adopt that philosophy of luxury are ignorant of the harm done to themselves and to their children, because in spite of the external show of riches and luxury, they develop internal diffidence and a sense of weakness within the mind.

In India rich people generally become very dependent on servants because there are many servants available to do even the smallest of tasks. When difficult situations arise in which they have no people supporting and aiding them, they become like fishes out of water. They struggle and simply do not know what to do. Even making tea can put one in to a miserable predicament!

However, when you learn the art of self-reliance you discipline yourself to do many things, not only for yourself, but also to be serviceable to others in society. This allows you to discover the philosophical insight you have boundless resources, and that you can advance and rise to higher levels according to your determination and resolve. You need not look for somebody’s approval. As long as you are depending upon someone for approval, your life is cramped. 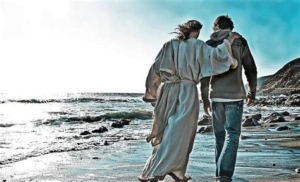 As you develop self-reliance, you should seek advice and allow yourself to be guided by the wise in order to discover your inner resources and utilize them toward the attainment of Self-realization. As you begin to depend upon yourself, you begin to lessen the dependence upon the ego. You are now depending upon the resources that God has placed in your life. As you advance, you will begin to realize that the real you is the Divine Self. Developing self-reliance is a project of attuning yourself to God, uniting yourself with God. This is the aim, the goal of this virtue.

Self-reliance is an art that one must develop with great precision. It involves introspection, analysis, self-improvement, and discipline. Moreover, these qualities are all linked – when you learn the art of self-reliance, you begin to develop confidence in yourself, your willpower becomes strong, and you become aware that the source of inspiration and strength is God within you, the Universal self. Therefore, you have endless possibilities.

You Must Liberate Yourself!

Let me share with you another parable that provides insight into this great virtue of self-reliance. There was once a king who listened to a priest reciting the entire Bhagavatam, a scripture recounting the glory of Bhagavan Krishna. At the end of every volume of that great work, there is a Mahatmya which means, “The benefit of this is that you will attain Enlightenment and become free of the world process.” So the king heard this promise of freedom again and again. At the conclusion of the reading he asked the priest, “Have I become enlightened? Have I become liberated?” The priest replied, “You have to decide that for yourself.” The king said, “No, I have not attained liberation, what you are teaching is false. And for false teaching I will have you beheaded! – unless you can give me a rational explanation.”

The priest did not have a rational explanation. He simply did not know what to say. So in a rather miserable state of mind, he went home and his little seven-year-old daughter asked him the reason for his sadness. He communicated to her that the king threatened to behead him and wanted an explanation about not attaining enlightenment after hearing the Bhagavatam recited – since that was the promise made again and again in the scripture. Hearing her father’s tale of woe, the little girl replied, “It’s a simple thing. Take me to the Royal Court tomorrow and I will explain it to the king.”

The very next day the priest took his daughter to the Royal Court. When the king came and sat on the throne, the girl ran right in front of him and caught a hold of one of the pillars of the palace shouting, “This column has caught me; how can I be free? How can I be liberated?” The king said, “Let it go, you foolish girl, let it go!” But the girl kept on shouting and the king became angrier and angrier. Finally the girl said, “Oh Majesty, aren’t you doing the same thing? You are clinging to your ego, your vanity, and unless you let go, you cannot be liberated. So why then do you blame my father?” The king understood what the little girl had just revealed to him.

As this story points out, enlightenment depends upon your own Self. All the scriptures can teach you, the Guru can guide you, but you must ultimately work for your own Enlightenment. If you were to say, I will tell Guru to pray for my enlightenment, and his prayers will confer upon me liberation,” you would be wrong. There is no harm in asking for prayer to help you attain liberation, however you must understand that it is up to you to work for it. If somebody were to bring enlightenment to you on a platter, he can also take it away from you. Enlightenment is something that you yourself attain. It is not someone else’s achievement.

In conclusion, let me relate to you another humorous story:  There was a saint from the Middle East who was very hard-working student while he was a young man. He needed oil so that he could burn his lamp, because he could study only at night. During the day he worked. One day as fate would have it, he did not have any oil, so he went to sleep with a sense of frustration. In his dream a Divine personality appeared and said, “I will open your mouth and spit into your mouth all the knowledge of the world.” To this the boy replied, “No, all that I want is oil for my lamp. I want to attain the knowledge by my own efforts. I do not want knowledge to be given in this despicable matter!”

Thus, one must strive to cultivate the virtue of self reliance. It is by this virtue that you can integrate yourself, discipline yourself, and attain Enlightenment. When you are self-reliant, you become dependent upon the big Self within you, and in that dependence, lies absolute independence.