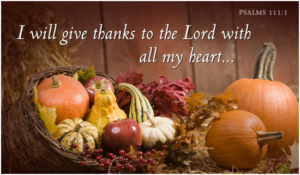 “An aspirant must always promote the awareness that everything good and gracious that unfolds in his personality proceeds from God. It is not due to his cleverness, not due to his egoistic advancement, but solely due to the Divine Presence within him.”

In every form of success or accomplishment, one should not give recognition and thanks to the ego, but rather to God. An interesting story is told in the Mahabharata to this effect. After the war, Arjuna was crossing a city with some possessions when he was attacked by a band of robbers. Exercising his skill in fighting, Arjuna fought with all his strength, but yet could not overcome them. All of his divinely given weapons had become useless.

Since Krishna had already departed from the earth, Arjuna, who was totally despondent, went to Sage Vyasa in order to find out why his weapons were so useless. Vyasa explained, “Oh Arjuna those weapons never possessed any power, nor did you possess any power within yourself. It was all Krishna’s will that made your victorious during the Mahabharata. Now these weapons no longer have any purpose, so you might as well discard them.” Arjuna then went and threw his arrows into the ocean.

A human being therefore, achieves his greatness through the Divine Will alone. An aspirant must always promote the awareness that everything good and gracious that unfolds in his personality proceeds from God. It is not due to his cleverness, not due to his egoistic advancement, but solely due to the Divine Presence within him. The recognition of success therefore, should cause humility and fill the mind with the sense of Divine Presence.

When this is not well understood and people attain any form of success, their minds often become full of vanity. They believe and assert, “How great we are!” Soon however they realize that others do not feel the same way. When a person feels he is so great, and people around him do not recognize his greatness, then he becomes very upset. This is the basis for much disharmony and bitterness in human relationships.

Therefore, the recognition that every form of excellence, success, and victory belongs to God is a step up the ladder of spirituality. When you are industrious in any work, and you are able to sustain your effort, it is due to Divine Grace. God alone is to be thanked for it. Do not thank your ego. When mine becomes filled with sattwa, or purity and harmony, then again, that sattwa is a manifestation of the Divine Self.

God comes to the aspirant in all developments in life. Learn to experience His Presence in every form of prosperity and success, and gradually even extend this practice to include adversity as well. Adversity is prosperity in disguise, because there is a Divine purpose behind it.

Remember the teaching of Lord Krishna in the Gita – “Be thou and instrument in My Hands.“ Thus an aspirant should try to submit his will to the Divine Will and move towards Self-realization! 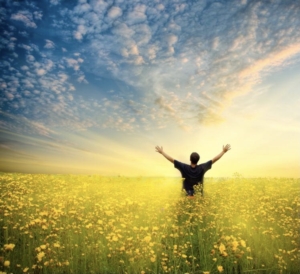 Be thankful for the blessings of human embodiment which can enable you to attain Self-realization, and thus, end the process of birth and death.

Be thankful for the gifts of the intellect, the mind, the senses,  and for the right use of these by which you can scale the heights of devotion and wisdom, becoming immersed in the Divine Self.

Be thankful for conditions of prosperity and success as these are gifts from God beckoning you towards the unfoldment of the virtues of humility and righteousness. When a tree is laden with fruits it bows down in humility. However, if a person endowed with prosperity does not express humility in his personality, he sinks into a world of delusion.

Be thankful to God for the conditions of adversity as well. Adversity enables you to discover the fountain of spiritual energy within yourself. It is an eye-opener. It deepens your insight into the subtle facts of spiritual life. In reality, the very notion that you are confronting an adversity is erroneous; you need to discover the mysterious workings of the Divine Hand behind apparent adversities. When you do so, you will deeply know that the Divine Intention is not to lead you to pain and misery, but rather to bring about the cessation of pain, and ultimately endow you with immense spiritual bliss.

Be thankful for the life you with which you are gifted. During this life you can explore the regions of the heart, climb the mountains of intuitive vision, dive deep into the ocean of Divine Love, and discover the precious pearls of Divine Virtues. What could be more adventurous and heroic than this?

Be thankful to God for leading you into the battlefield of the mind wherein the forces of darkness and the forces of light are ever engaged in battle. Sometimes the battle becomes intense; sometimes it fades into a state of apparent peace. However, you must continue to fight with the firm faith that you were bound to attain victory in the form of Self-realization.

You give the best thanks to God when you turn your present life into the last embodiment in this mortal world. You do so by following the path of yoga until the Self is realized. Then, you are not born again.

Give these best of thanks to God and discover that you are essentially Divine. It is the Divinity who has enacted the drama of this world process. It is He who has entered into this world as the director, the actor, and the audience of this world drama. Play your part well, and while doing so, discover the fact that you are essentially the Divine Director of this great show. Thus, root out all forms of suffering, and be immersed in peace and bliss!