Is the Individual Soul Ever Free to Act?

Is the Individual Soul Ever Free to Act? 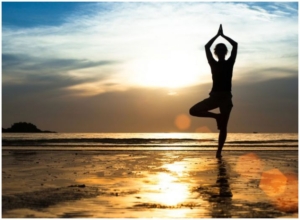 The Gita, the Upanishads, and other scriptures express the following three views that appear to be contradictory:

1) The individual soul is responsible for its karmas. By doing good deeds, the soul ascends to the heavenly worlds, and by doing evil deeds, it experiences hellish conditions. The individual soul is the architect of its own destiny. God supervises this process of fructifying karmas, much like the sun helps the growth of trees.

2) The very same scriptures emphatically assert that God is the indwelling Reality in every human being. It is God who is the prompter of one’s heart; nothing in this world can happen without God’s Will. The individual soul is entirely dependent upon Divine Will. It has absolutely no freedom. This is known as Iswar swaatantrya vada – the theory that God is the Supreme Ruler over all souls.

3) There is yet another theory that is expounded in the scriptures. This theory states that the entire creation including the law of karma and its operations is an illusion. Therefore, God does not do anything and the soul is only a fictitious center operating through the shifting clouds of the mind. In other words, the Absolute alone is real. This world is false. God, soul, guru and scriptures are real only from a relative point of view. They are effective only in the realm of bondage. This is called paramaartha vada – the theory of absolute reality. It is the climax of Vedantic thought.

For a beginner, these views are very confusing and seem to be totally contradictory. An aspirant that lacks insight and a proper understanding of these theories, may develop the following illusions, which can be detrimental to his or her spiritual progress.

1) The idea that the soul is free to act can become the basis for immense egoism in an impure mind. One tends to negate the existence of God and adopts a materialistic philosophy of life. Scriptures however, attempt to correct this error by emphasizing the fact that God is the prompter of every human heart; a person on his own is never free.

2) The idea that God is the reality sustaining every soul also causes misunderstanding as for example, when a person tries to justify every evil deed in the name of God. When Duryodhana -the embodiment of evil in the Mahabharata- was asked why he was so involved in evil, he replied, “What am I to do? God in me directs me to do evil deeds?” It is to negate this erroneous concept that the Scriptures have emphasized that the soul is responsible for its good and evil deeds, while God leads every karma to its fruition.

3) The absolute standpoint that the world is false and Brahman alone is real is highly detrimental to the spiritual progress of those who lack subtle intellect. The concept could cause one to lean towards recklessness, passivity, and renunciation of self-effort. An aspirant will ask, “Why should I try to attain anything? All is false. Guru, scriptures, even the very teachings of yoga are false.” Moreover, the idea that the Self alone exists gives rise to immense vanity in the minds of the ignorant. Instead of utterly negating the illusory self, they are likely to inflate their egoistic natures.

These contradictory views can be reconciled when one reflects upon their significance. In mathematics, there are different realities depending upon the qualifications of the student. A straight line is real for a beginner in primary school. As he advances, he learns that every straight line is an arc of a circle, since the entire universe is spherical. He further learns increasingly complex ideas like the mathematical concepts of addition, subtraction, multiplication, and division do not apply to infinity. These later concepts would not be understood by the beginner.

Similarly, for a beginner on the spiritual path, it is not possible to have a correct understanding of an elevated viewpoint like “God is the doer of all.” Such a philosophy may be misunderstood by a beginner and lead to blaming God or an external source for one’s troubles. As long as one believes that there is an external source, he cannot direct all his energies on the path of spiritual advancement.

Furthermore, some people often adopt the view that “God is the doer of all,” not because of their elevated consciousness, but rather out of convenience. A contradiction arises as when good actions have been done, a person brags about himself. When errors arise however, he talks about God as the prompter within his heart.

For an aspirant with the proper understand that God is not an external reality, but the most profound reality in every soul, the truth of God as indeed the prompter of one’s heart does not contradict the view that the soul is free to choose its course of action. God is the Soul of the soul. Therefore, turning to God is a process of discovering one’s deeper identity.

Thus, one discovers the secret unbounded source of freedom, paradoxically, through surrender to God. The idea that God is the doer of all will not impede his self effort, but rather it enhances his movement towards Self-realization.

When the mind is purified by the performance of actions dedicated to the Divine Self, an aspirant begins to grasp the spiritual meaning behind the idea that God has nothing to do with karma and its fructifications — that He is, in fact, beyond the relativity of the world process.

When are yogi is established in intuitional vision, he realizes that the world is false. It is just like a dream that dissolves on waking. What seems real through the veil of ignorance becomes false when the veil is removed. This is the absolute point of view, which an aspirant must realize through his self-effort.

You are not this limited personality. You are the architect of your destiny. Your destiny is Self-realization. Therefore turn your steps towards this glorious attainment. God seated within your heart – your very own deeper identity – is ever willing to aid you towards this goal. As you advance, you discover that you are coming closer and closer to the Divinity within until you realize, “I am He.” Then the world truly becomes an illusion and you are established in the absolute point of view — Brahman alone Is.