Mysticism of the Birth of Christ

Mysticism of the Birth of Christ 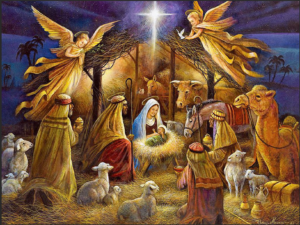 Historicity is not the important and basic feature of any religious scripture such as the Bible, the Ramayana, or the Srimad Bhagavatam. Rather, one must look into the symbolic meaning of historical accounts to find the true meaning of a particular religion. Therefore, it is not necessary to establish the authenticity of the birth of Christ, Buddha, Rama or Krishna, or to accept or reject their miraculous deeds. Christ, when viewed as symbolic of the spiritual consciousness in man, exists. He existed in the past, and will continue to exist in the future, because He is the reality transcending the limitations of the human mind.

Philosophically speaking, every human being and his life on earth has a universal meaning, and therefore, can be understood on a more profound, and symbolic level. While the profundity and glory of universal life is less perceptible in the majority of people, it is like the blazing sun in the lives of Christ and Buddha, Sri Krishna and Sri Rama. Therefore, one can clearly see the universe reflected in the life of Christ. The sufferings of the limited soul, its aspiration for attaining God realization, the stairways of spiritual evolution through which the human consciousness must ascend, the obstructions that it must face and surmount, the glorious vistas of transcendent consciousness that it must encounter on its march towards God, the transformation that it must undergo, the bliss and peace that it must realize, these are all reflected in the life and teachings of Christ, as well as in all great personalities and religious figures who are adored in different religions. 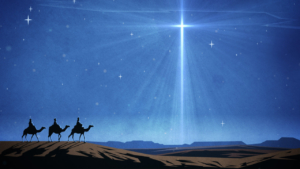