The Art of Self-Discipline

The Art of Self-Discipline 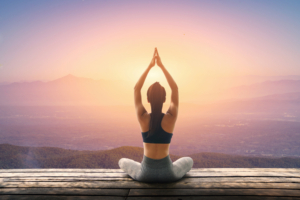 Self-discipline implies attaining the state of being whereby you are not controlled by your mind and senses. One who has attained this state lives in the body and the personality is that of master and not of a slave. Self-discipline therefore, is the key to progress, prosperity, success, and liberation.

For example, early in the morning there are two possibilities presented to you. Firstly, you can adopt a path of shreya and shake off sleep. You may get up and start meditating, or repeating a mantra. Actions such as these may at first cause a little discomfort; however, a sense of strength soon develops within you, and you’re able to face the day with a clearer mind and more self-confidence. The other possibility before us is to adopt the path of preya. When the alarm rings you start thinking, “I will get up in 15 minutes.” Half an hour passes, one hour passes, and then you completely succumb and eventually wake up at eight when 4 AM was the original goal! For hours you enjoyed laziness and dullness, unknowingly succumbing to the lower self. These actions display a path that may be pleasant, but is not good.

Similarly, if someone insults you and you immediately shout back, while that may seem like a convenient and easy response, it falls along the path of preya. On the other hand, if you do not shout back but instead control yourself, you are adopting the path that is good, the path that will allow you to cultivate mastery over yourself. So too if you are gossiping with a person and the conversation is so interesting that it continues for hours, you have slipped onto the seemingly pleasant path. You do not know when to cut the conversation and turn away from an unnecessary waste of energy. On the other hand, when you learn the art of turning away, you are now treading the path that is good. 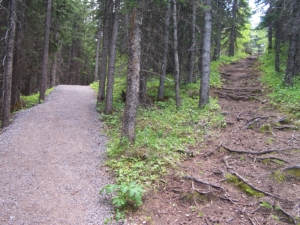 Thus, day by day, hour by hour, there are always two paths before you. If you adopt the path that is convenient and apparently pleasant, you are ultimately weakening your will, and becoming more dependent upon the senses and the moods of the mind. This movement creates a world of barriers, a world of concrete realities. You may find yourself a victim of whatever conditions arise and unable to make any positive changes to your circumstances. Moreover, you ultimately become more dependent on fate, and the sense of freedom is lost.

On the other hand, if you follow the path of blessedness you will increasingly gain control over yourself. As you discipline your mind and senses, you discover a reservoir of inner strength and more self-confidence. Your mind becomes clear and you begin to realize that you are a channel of Divine Will.

A story is told about a Mohammedan warrior who had rather a keen sense of religious duty. As the story goes, at one time he was engaged in a battle against some people who were rather crude-minded and non-believers. When the leader of these non-believers encountered the warrior, who was well known for his bravery and skill in fighting, the crude non-believer realized that this great warrior would bring about his death in battle. In an attempt to aggravate and distract his opponent, he began to insult the heroic warrior using all sorts of offensive language. Seeing that the hero just kept quiet as the insults fell upon him, the non-believer came closer and spat in his face. This time the warrior became exceedingly angry and raised his sward charging towards the barbarian to kill him. He quickly came to his senses however, immediately withdrew his sword, and returned it to its sheath.

Taken by surprise at the warrior’s actions, the leader of the non-believer said, “What has happened to you? You who are such a great warrior, where is your pride? I spat in your face, and you do not even fight back? What’s wrong with you? “

The hero replied, “I fight with a sense of duty. When you spat upon me however, my desire to fight arose from a sense of revenge, not of duty. Then I thought to myself, “Is this religion? Should I allow myself to be dominated by my ego?” I thus realized that I was wrong. The lower self within me wanted revenge and had I listened to this voice, I would have pierced your heart with this shining sword. However I will not do this and sacrifice my principles.”

This story helps an aspirant to understand that there is a difference between what one does with a sense of duty while under the dictates of pure reason, and what one does as a result of ego and its impulses. Even in conditions that are so provocative that ego becomes ferociously active – as if it rides a horse and is about to gallop – you should be able to control it. When you allow yourself to be controlled by egoistic impulses, you are moving towards a contraction of consciousness, of dependence, and of weakening of the will. Such a movement makes you a slave to the mind and senses.

If you live in this human embodiment as a slave you do not enjoy life as it should be enjoyed. He alone enjoys life who exists in this embodiment as a master. You may live in a wonderful palace, but if you are employed as a slave, hardly do you experience the joys of the palace. Similarly, your body is like a great palace, a great miracle of Divine creation. In this body you can live as a master or as a slave. Most people choose to live as slaves and are therefore constantly dominated by egoistic urges and impulses in the form of anger, hatred, and greed.

An aspirant should therefore develop a sense of mastering himself and witnessing the triumph of Spirit over matter. The Spirit within you is stronger than anything in this world. As you follow the path of shreya – the path that is good, you will discover more and more of the majesty of your Spirit. In order to do so there should be constant vigilance and reflection within you, and a persistent effort to understand the difference between what is good and what is promoted by the lower self.

When one chooses not to follow the path of shreya – the blessed path, he is ultimately pursuing a process of disorganization, of dissipation of energy, and of disintegration of the personality. An aspirant must therefore turn away from the path of preya – that which is apparently pleasant or convenient – and integrate his personality thus ultimately attaining Self-realization! 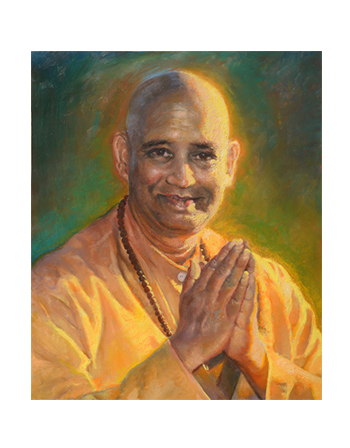