The Glory Of Prayer

The Glory Of Prayer 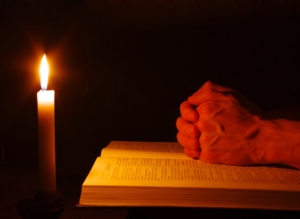 Prayer is the subtlest and the most sublime thread that links the human soul with the Divine Spirit. It is the golden bridge that establishes relation between the finite individual and the Infinite Supreme. It is the mystic path that leads the mortal into realms of immortality. It is the winged arrow of human feeling that coalesces with the Mighty Love which is God. It is the spark of light which grows in the pure heart and blooms into an inflorescence of transcendent luminosity. It is the cool breeze that blows from the Ocean of Love unto the arid life of man blasted by the storms of miseries and tormented by the fires of pain.
All religions expound the glory of prayer. The spiritual movements of saints are defined by recourse to prayer.  Similarly, the lives of many a great man has been marked by the offering of prayers at the recognition of the Divine Hand guiding the mysterious world to mystic ends.
To many, prayer becomes merely a repetition of hymns or words. Real prayer however, does not depend upon how many beautiful words you have selected to repeat constantly. Rather, it depends upon the purity of your feeling and the intensity of your yearning for uniting yourself with the Supreme Self within, for leading your soul to the transcendent planes of Spirit where time becomes a myth and changes cease to operate, where mortality evaporates like darkness vanishing before light, and pain and sorrow exist no more.
Therefore, prayer requires the possession of a feeling that is free from ego-centricities, a feeling untarnished by greed, anger, hatred, pride and gross sentimentalities. In every religion great saints and sages have revealed specific prayers that contain lofty ideas and thoughts. However, parrot-wise repetition  which fails to enter into the beauty and grandeur of the meaning and feeling encompassed within those words is a mere depletion of the energy of speech.
The Hindus have many prayers. Here I will give you two examples. The famous prayer from Brihadaranyaka Upanishad runs thus:
‘”Asato Ma Sad Gamaya;
Tamaso Ma Jyotirgamaya;
Mrityor Ma Amritam Gamaya.”
“Lead me from unreal to the Real;
Lead me from darkness to the Light;
Lead me from death to Immortality. “
This prayer beckons the aspirant to recognize within the depths of the heart the presence of Divinity in the form of Truth that abides forever, the Light which is pure transcendental wisdom, and Immortality which is the state of communion with the Divinity. Similarly, there is a prayer in the form of a Mantra called Gayatri Mantra which means—”O Lord who is luminous like the sun, who pervades the three worlds, may thou enlighten our intellect so that we may attain wisdom and immortality. “
The Christians use the famous prayer — “Our Father who art in Heaven” which asks man to recognize the presence of God in day-to-day life and to dedicate his individual will to the Supreme. Sins are not mere violations of moral laws, sins originate from the ignorance of one’s spiritual nature. Therefore, the eagerness not to sin implies aspiration for communion with God through wisdom, devotion, and through sublime actions.
Buddhism has the well-known prayer—”Buddham Sharanam Gachhami. Dharmam Sharanam Gachhami. Shangham Sharanam Gachhami. This translates to, “I take refuge in Buddha, the enlightened, I take refuge in Dharma, the spiritual law, I take refuge in the Order.” This prayer emphasizes the dedication of human will to the transcendental will of the Cosmic Being.
Thus every prayer demands faith, devotion to God, sincerity of aspiration, integration of one’s personality, and affirmation of the Spirit within. Liberation from personal prejudices and personal limitations caused by the grossness of feeling and erroneous functions of the mind are also required.  With feeling and understanding prayer becomes powerful and dynamic,irrespective of religion or sect. Without meaning and feeling however, religious prayer, no matter how beautifully fashioned, sublimely written, or clearly expressed, becomes a lifeless repetition of recorded sounds.
Commence prayer according to your deeper feelings and inclinations. When you say your prayers, try to feel the presence of the Lord. And, when you are finished praying, try to practice virtue in your day-to-day dealings. If your actions are tainted by greed, deception or cruelty, your prayers are merely vain and hypocritical words. As the flood-gates of feeling open in your heart, words cease, and feeling for God continues to flow uninterruptedly. Whether working or resting, walking or sitting, that feeling shall continue to flow. It is then only that prayer has assumed a more intense form. This all-engulfing and all-purifying stream of prayer can overcome all downward inclinations of the soul and lead it to the state of its innermost beauty and glory. 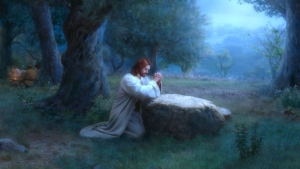 Prayer is an expression of a devotional heart. It is the aroma emanating from the blossom of divine feeling.
The greater the integration in one’s personality, the greater is the depth in prayerfulness.  Though both mental and vocal words are employed, it is the feeling behind the words, and the vision behind the feeling which constitute the art in prayer. The true process of prayer leads to the deepening of prayerfulness. Prayer is a reward in itself. The very ability to seek Divine Grace, with yearning and intense devotion, is a dynamic expression of Divine Grace which transforms one’s personality.
One commences the path of devotion by praying to God.  One may pray in a religiously authorized manner for the fulfillment of desires, or success in business, for the removal of obstacles and widening of the horizons of knowledge, or for Self-realization. As one advances on the path, the mood of prayer becomes the underlying theme of one’s life. Moreover, prayer is not directed towards any objective gain, but rather continues to be a secret stream of love seeking the ocean of Self deep within the heart.
The Gita states that there are four types of devotee: 1. Those who worship God during adverse circumstances due to distress. 2. Those who worship Him for the sake of wealth and success in day-to-day life. 3. Those who worship Him for the sake of knowledge, and 4. Those who are intuitionally illumined, who realize Him as their very Self.
All degrees of devotional development are auspicious and are the result of numerous past good deeds. The state of Self-realization however, turns one into the best devotee of God.  In this state, devotion is not based upon the passing moods, or shallow sentiments — the wise devotee sees Him in all objects of the world, as the very Self.
One may pray for small developments in life, but gradually a deeper implication of prayer must be understood. A sensitive prayer seeking Divine Love rather than material development, is indeed more powerful. When a devotee prays for achievements on the path of devotion in the form of attaining profound surrender to Divine Will, unfoldment of Divine Feeling, movement in God, and for a desire-less state of mind, his prayer reaches the highest degree of purity and sublimity.  A sincere prayer draws Divine Grace in no time and is a mighty power which transforms one’s personality. There is nothing greater than prayer to overcome the day to day problems of life, to promote harmony and peace in the world, and to advance on the path of Self-realization.
A devotee learns to surrender himself to the Divine Will and does not ask favors of God. He knows that the Divine Will has greater knowledge of what must be acquired and therefore learns to be a mere instrument in Divine Hands.